Party hostels are becoming more and more popular around the world. Yet, despite being labelled as party hostels, they tend to be more than just drinking and dancing. That may set the tone but these hostels are normally very reputable and reliable – a well-oiled party machine! Still, if you like a beer and want to meet new people in a foreign country, there is no better place to stay. If you are still unsure what to expect, then not to worry, read through these 14 things to expect in a party hostel….


Happy hour happens more than once a day You may just be getting up from the night before, or maybe you’re getting in from exploring; but there will always be a happy hour to encourage travellers to get sociable. Whether its 12pm or 5pm, the hostel bar will be open most hours of the day. If you are having a day where you just want to sit around and the most productive thing you can think of is having a beer, then you’ll never be alone. Even better if you’ve cleverly chosen a hostel with a pool, or roof terrace, or hammocks by the sea!

All kinds of travellers

The variety of travellers will surprise you. There will be a collection of different nationalities but also travellers who want comfort, to find travel companions or a reliable company to book a tour with. You don’t have to be a party extrovert to stay in party hostels, but it could be a great excuse to step out of your comfort zone and throw your inhibitions out the window!

Obviously a big pleasure of exploring new lands is trying the local dishes. If you want some authentic local cuisine the hostel will often have this or be able to share their local knowledge with you. But the great thing about party hostels is they often specialise in comfort food for those delicate days after, or those mid-beer munchies. 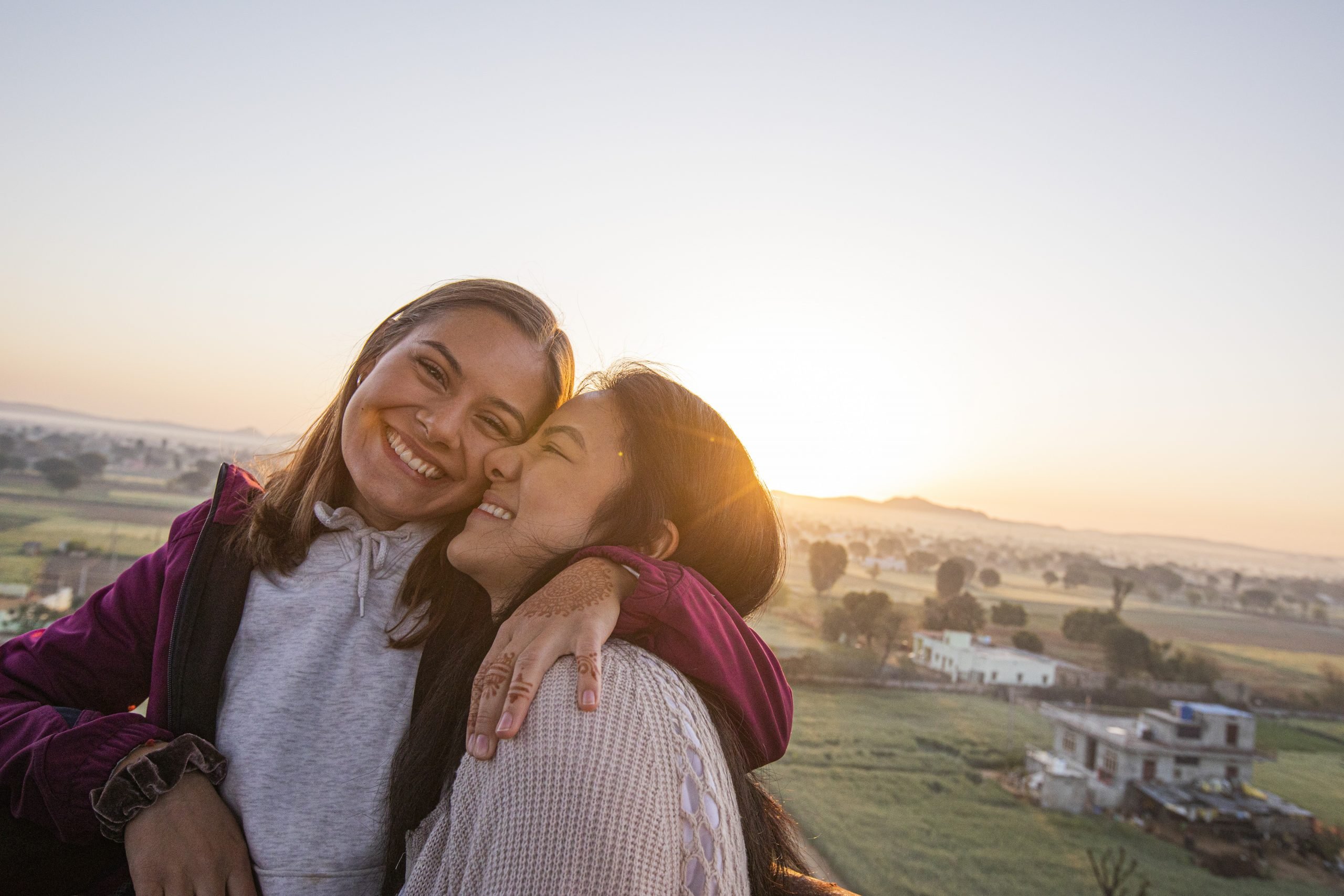 You aren’t going to be the only one checking in and before you know it, fellow hostellers will become your new ‘family’. Whether it’s a bar crawl or a day trip out that begins the friendship, you’ll find yourself in an abundance of group photos. Be prepared to meet friends for life.

The Backpacker who never left 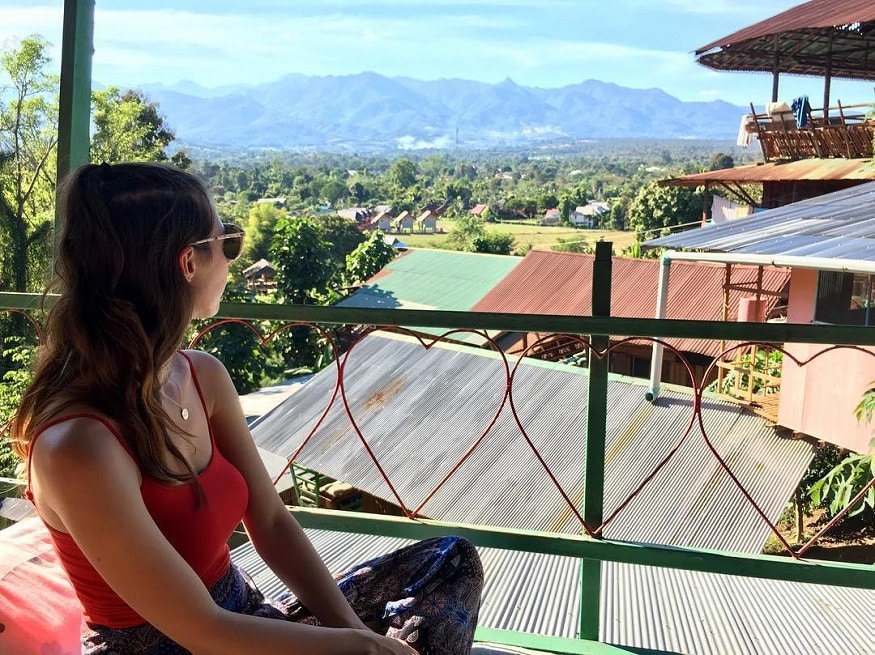 You’ll often find a backpacker who was just passing by but has never left! They’ve found their spiritual home and they don’t want the party to end. You may even find they’ve got a job in the hostel, in return will get free food and accommodation. It’s always nice to see a fellow traveller making a base in a foreign country.

Games will be played 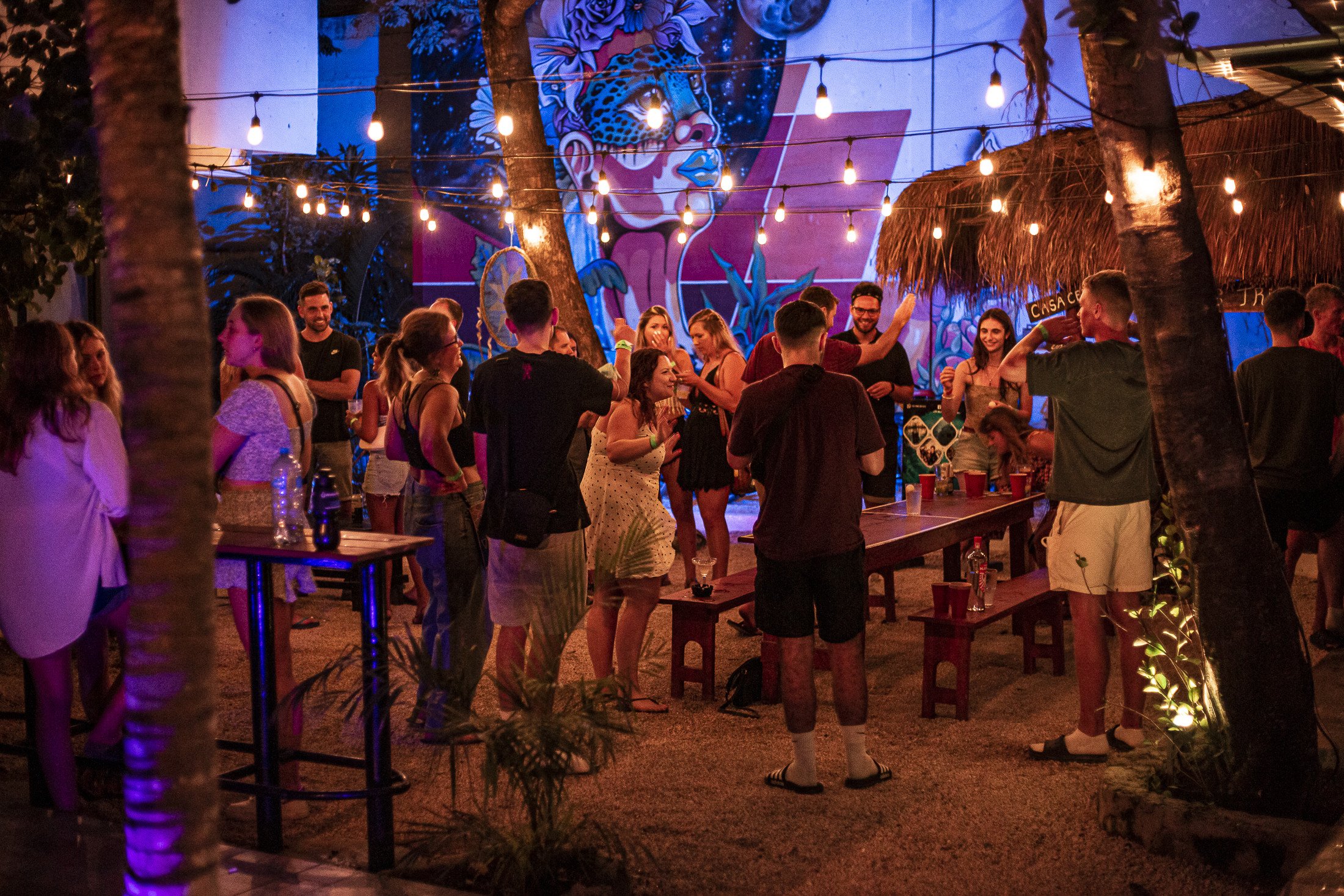 As hostels are a melting pot of travellers from all around the world, you’ll also get a global selection of drinking games! But there are a few favourites that seem to be a party backpacker’s rite of passage. One of the most popular backpacker games going is Ring of Fire or Kings Cup, it’s a drinking game that involves cards. This game is awesome for bringing people together. It never fails. Also expect plenty of Beer Pong and Limbo.

The party comes to you 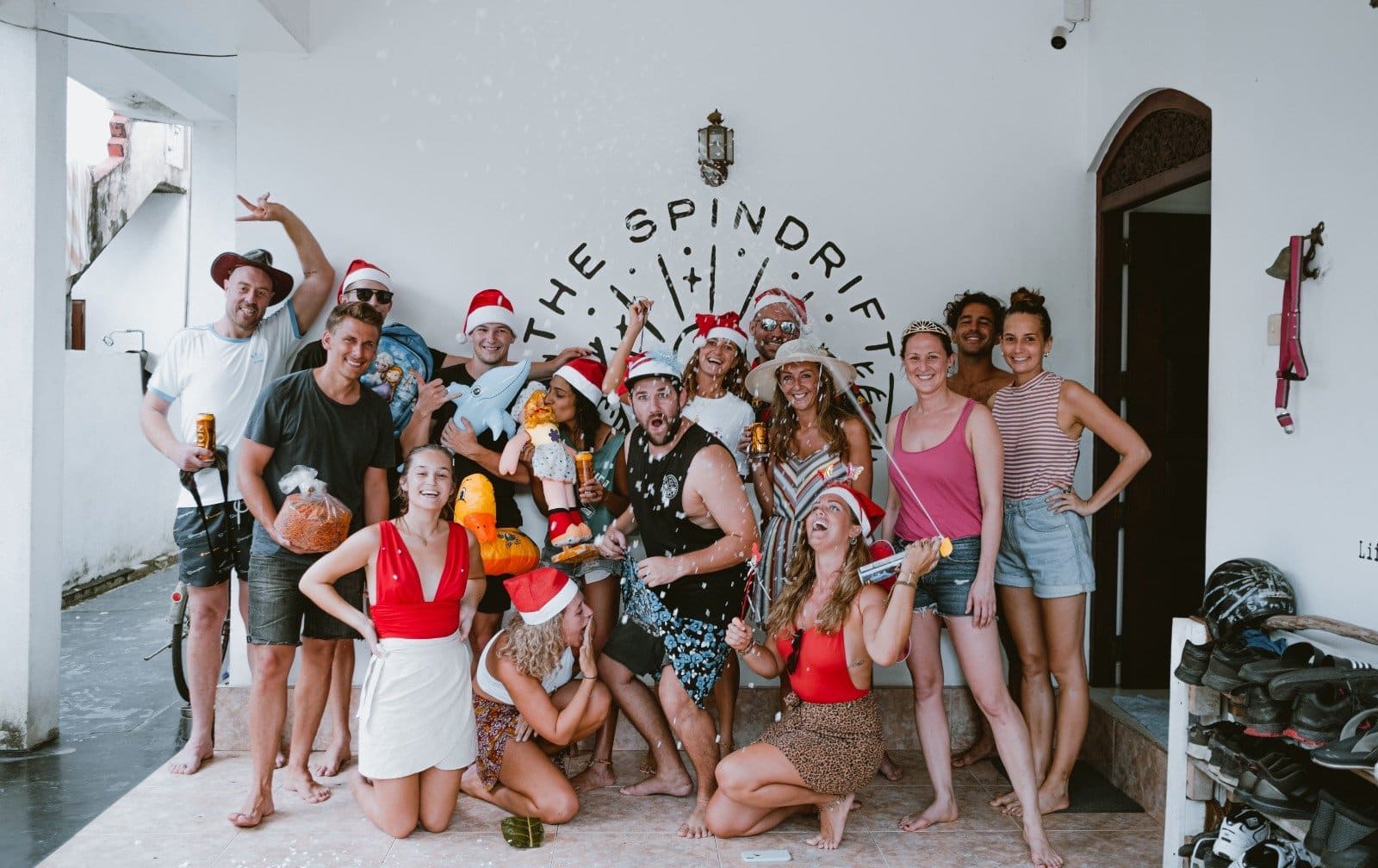 There’s often no need to leave a party hostel to party! As well as the hostel bar, many hostels have clubs too- some so good that travellers and locals dotted round the area will come and find you. There are some awesome hostels that have regular live music nights, with top bands travelling to play… and if not, there’s always a traveller with a guitar!

Your memories, their memories 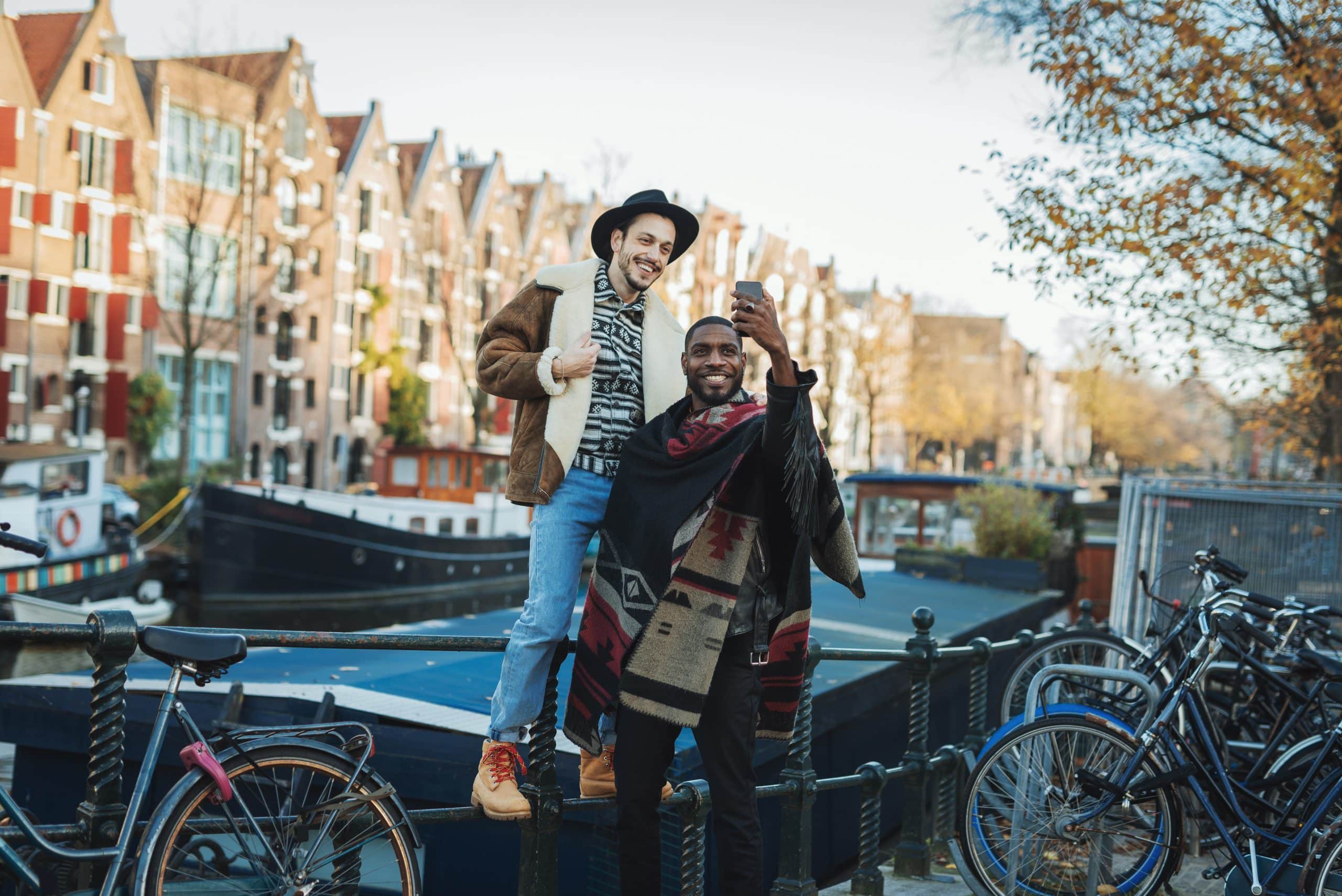 There will be a few photos taken for sure. You’ll be fine if you forget your phone or GoPro for the day because guaranteed someone else will have it on hand. Your memories are someone else’s memories too. Expect to scroll back through your Instagram stories and piece together the night before!

Party hostels often specialise in chill areas, for obvious reasons! If you’ve had a big night, it’s more than likely your new friends will have too, and you’ll all want to get cosy in the communal area. The hostel will often have other facilities like a movie room, or a hammock somewhere where you can just chill out and relax. 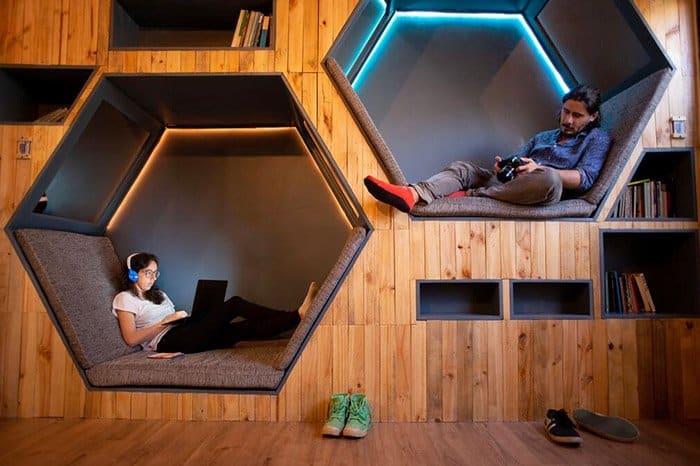 At most reputable party hostels, lockers and keys will be available – just try and remember where you’ve put the key! You may be there for a bit of fun, but the hostel staff are professional so don’t think you are staying in a place with no rules. Check the reviews on Hostelworld’s website and they’ll help you pick the very best hostels for partying + security!

Tours and other resources

The guys and girls who work in the hostel are the best people to ask about finding your way around, cheap places to eat, best bars to go to, day trips – more often than not they’ll organise the whole experience for you! They’ll often have flyers, maps, money off vouchers and language tips. Most party hostels try to think of everything you need and then some. 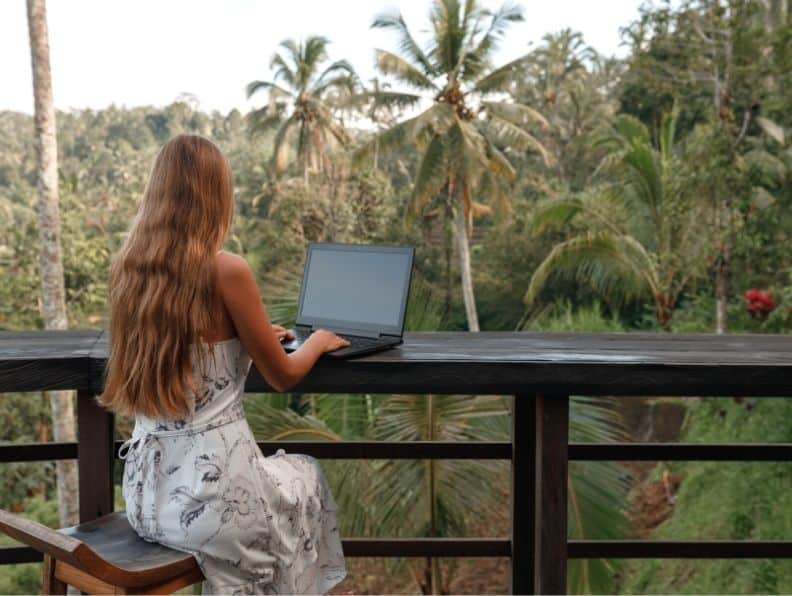 WiFi is the norm in the vast majority of hostels. It’s usually free but countries like Australia and New Zealand may charge. Everyone will be using the WiFi powers to add each other on social networks, post photos, blogs and status updates – especially on chill days! If you’re trying to write a blog post or a long email home and you only have your phone or tablet, most hostels will have a desktop you can hop onto.

The owners are worldly wise 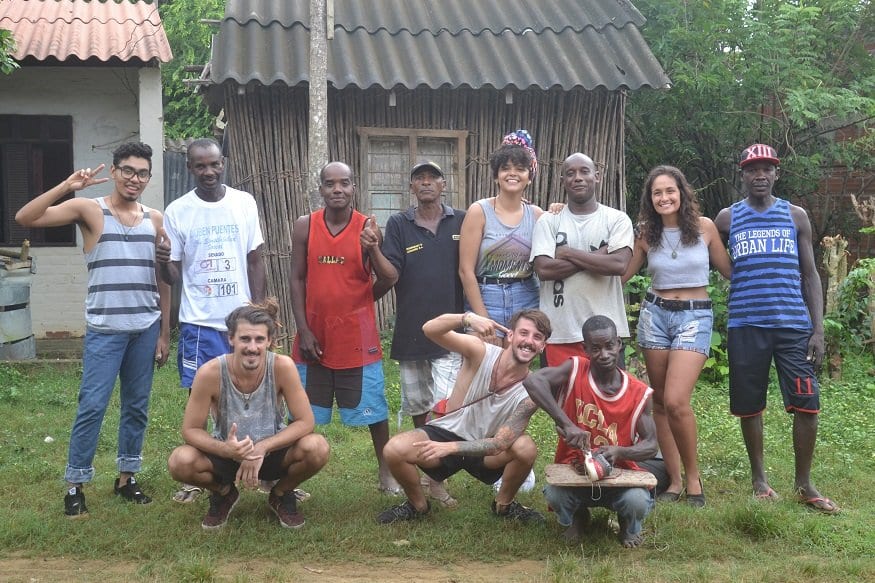 The owners normally have done a bit of global travel and they’ll definitely have had plenty experience of travellers from all around the world. Expect to find some characters! The hostel staff are usually really helpful and have great stories to tell. These guys aren’t some big co-operation just for your money – they genuinely want you to have a great time!

Party hostels are for EVERYONE 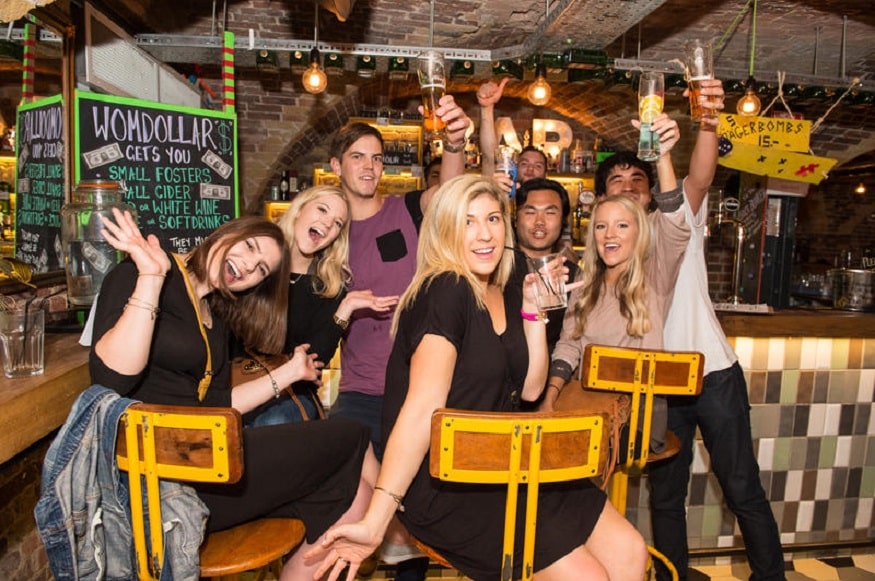 It doesn’t matter what you are into, or where you’re from, party hostels are welcoming to all. Everyone is on the road, away from home and seeking something exciting. There is not such a thing of not fitting in; you’ll have a great time!

If this post has got you lusting after the party hostel vibe, check out the list of hostels below and add your own party hostel tips in the comments!

Author, Tommy Walker, on the road since 2012. AKA The Wandering Walker, check out his blog here.

The post 14 Things to Expect at a Party Hostel appeared first on Hostelworld Travel Blog.

View all posts by →

The best things to do in Marrakech: a first timer’s guide